IT ALL STARTED WITH A LITTLE CLAY DEVIL I figured that it would be appropriate to use my inaugural blog post to talk about the second most frequently asked question people pose to me after, “What’s your ethnicity?” (or some variation of that).  The question is, “How did you ever get started in the business of importing arts and crafts from Latin America?”  That is a very good question.  I have been importing handicrafts from all points south since 1999 and it has been my sole source of income for 15 years.  Hundreds of thousands of pieces and millions of dollars, pesos, soles, reais, lempiras and quetzals have flowed through me.  I get a nice discount at the post office because I have mailed out close to 50,000 packages over the course of my business (so far).  Sometimes I have to take a step back myself and wonder how I got to this point and what got me started in this.  I have to say that it all began 25 years ago with a little clay devil from Ocumicho.


In 1989 I spent a semester studying Spanish and Mexican culture at an institute in Morelia, Michoacán, in Mexico’s colonial heart through The University of New Mexico’s Conexiones program.  I was in the centro within walking distance of the magnificent cathedral and all of the major historic sites where everything was made of the region’s hallmark cantera rosa stone.  Every day I lived in Morelia I was surrounded by colorful folk art and centuries of history.  I was a poor student and couldn’t afford much (well, we can forget about the cool leather jacket I bought and the fake Rolex), but I was always drawn to the handcrafted items which overflowed in the marketplaces and were offered by vendors who would set up impromptu stalls in front of the massive stone buildings.  As a center of commerce for nearly half a millennium now, Morelia has always drawn in people from surrounding villages to trade.  At my disposal were some of the finest pieces of arts and crafts anywhere in Mexico.  My first purchase was a little happy devil playing a drum created by a vendor who hazarded the poor roads all the way from the tiny Tarascan (Indian) town of Ocumicho in the western part of the state (more on this town in a future blog).  The little devil cost me 5,000 pesos, which was the equivalent of about USD$1.82 back then.  I vowed that once I got done with school and got my career going that I would buy more of these pieces and amass a collection of Mexican folk art.  I had no idea when I bought that devil that it would lead to what I have now. 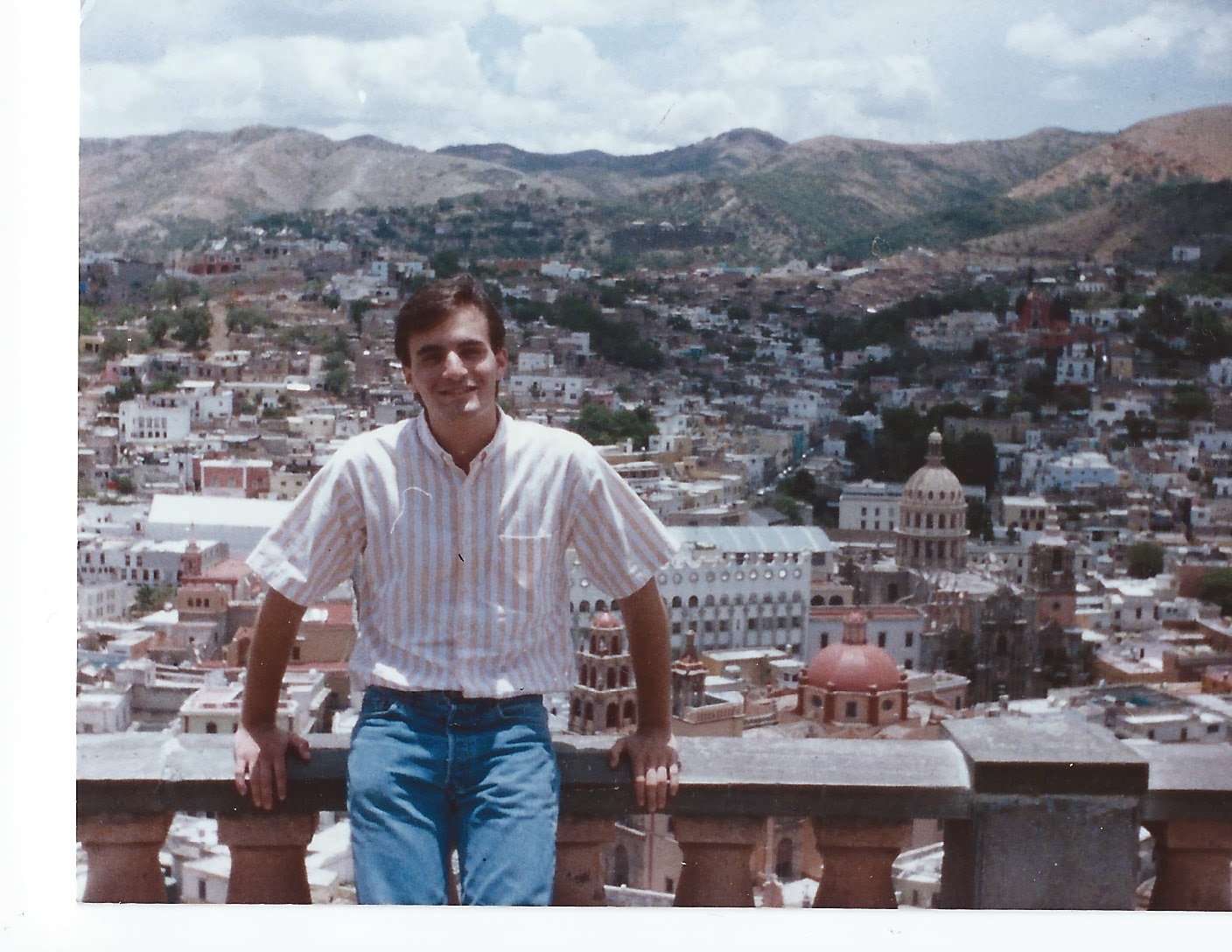 Christmas 1989 I was back in the States and when I went gift shopping up to Santa Fe with my childhood friend Trent, we walked into a store that specialized in handicrafts from around the world.  I was really shocked to see that the store had pieces from Michoacán, and specifically, Ocumicho.  I was even more shocked to see the prices on the pieces.  What I paid $1.82 for was selling in that shop for $10 to $12 apiece.  In my classes in finance they called this an “arbitrage opportunity,” when you buy goods at a lower price than what you sell them for.  What a great business idea!  Ah, but we have many ideas, especially when we are young.  I finished up my Christmas shopping in The City Different and tucked away the thoughts of arbitrage in the back of my head.


After graduation I landed a job with a “big nameless, faceless American multinational corporation” and was transferred back to Mexico, this time the country’s monstrous capital, Mexico City.  The job was boring but it afforded me the weekends off to travel, with a three-day weekend here and there.  One long weekend I took a bus back to Morelia and acquired more Ocumicho and other folk art pieces because I now had the money to do so, and I could be more discerning.  I hauled the take back to the States but was soon transferred again to São Paulo, to work at the company’s Brazilian headquarters.  Brazil was another country with different art.  I perused the marketplaces there just as I had done in Mexico, finding many treasures offered directly by the artists.


I worked for that “nameless faceless multinational” for a few more years before I had made the decision to quit Corporate America.  I had the idea to go back to school to get a PhD in anthropology with a concentration in archaeology, which was a totally different path I was traveling down with my career in international finance.  I always thought the field of archaeology to be my true passion (maybe even now?) and took the entrance tests, took prep courses, volunteered on a dig in Central America, and did everything I could to be accepted into a program somewhere.  I tried for almost 3 years to get into a program but I had no luck.  Apparently, there was a big glut of applicants at pretty much every school.  Because I believe in being prepared, I did have a “Plan B” and that plan was to open up a store to sell folk art not just from Mexico, but from all over Latin America.  Phoenix didn’t have a store like that (and hasn’t had one since I closed down the physical store back in 2009), so I thought I would give it a go.  The thing for an entrepreneur to do when he reaches the edge of the cliff is to jump, right?  With credit cards and money I had banked, I decided to try it.  My store opened on Central Avenue in Phoenix on September 16, 1999 with a web site to go along with it.  I still believe that I was either the first one ever to have a site completely dedicated to selling Latin American folk art on the internet or at least I am the longest lasting.  I am so glad I got my start online so early on, as there are tens of thousands of links and references to my business out there and I was able to grow that part of my business as shopping on the web grew.  I’ve had my ups and downs and trials and tribulations and all that over time, but 15 years – and 50,000 packages - later I still own the business.  I no longer have the brick-and-mortar store, but my company, Sueños Latin American Imports, has endured and has taken me to sunny San Diego where I have a small warehouse and an office with a view.


It’s been a heck of an adventure.  I have learned and experienced a great deal.  I have traveled to obscure places in the hunt for merchandise and have made many friends along the way.  I want to use this blog to share what I have learned and experienced and to make the crafts I sell come alive.  I hope you will follow alongside me and we can take the trip together.  I also do hope that you find what I have to say, well, interesting and perhaps enriching.
Posted by All Things Sueños at 9:15 PM