I Will Never Forget You:  The Day I Received a Cease-and-Desist Letter from the Frida Kahlo Attorneys 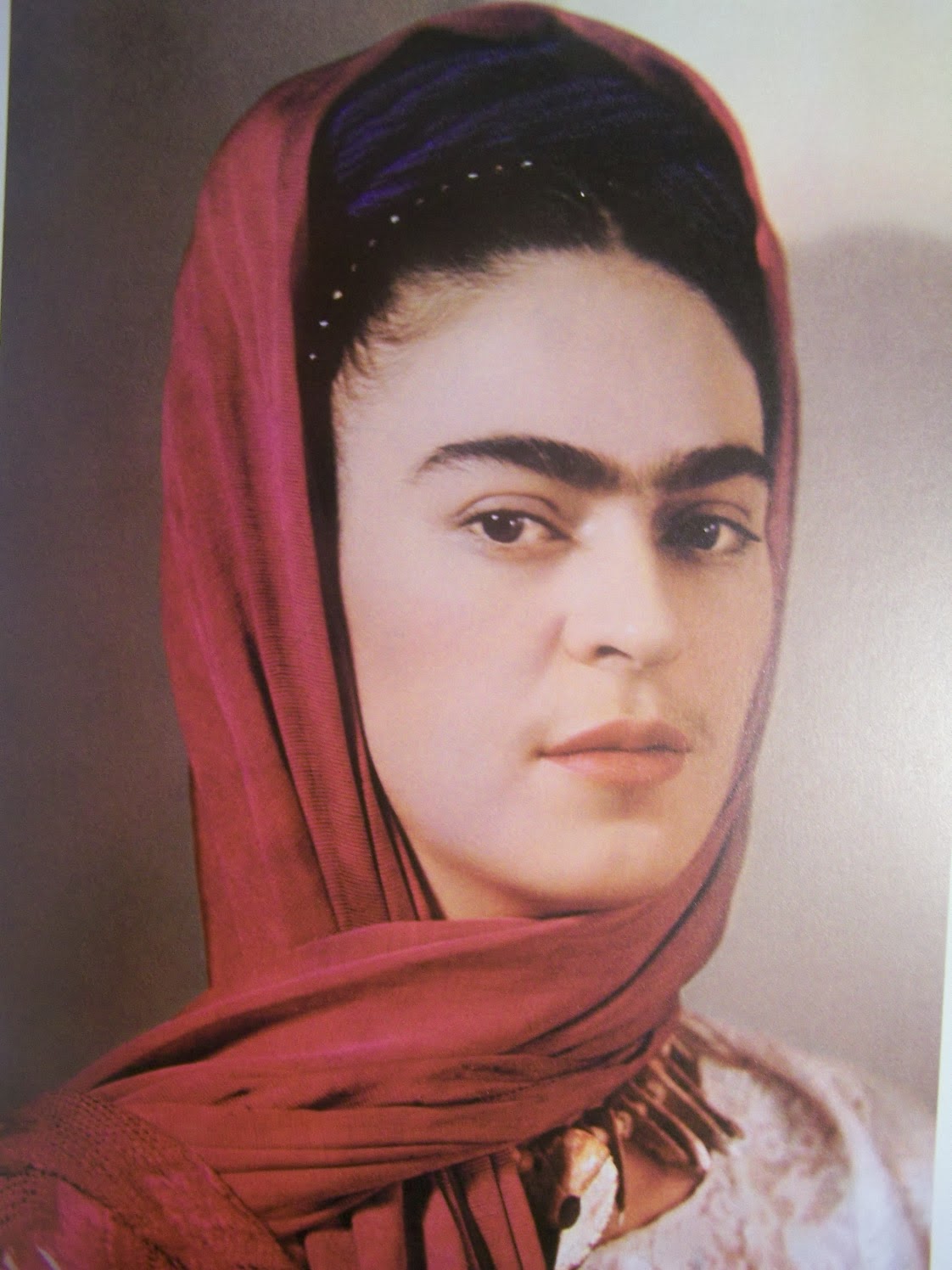 Those who are into Mexican art or Mexican culture, even those who have a vague familiarity with Mexico, know something about Frida Kahlo.  She painted scores of pictures of herself – her autoretratos - and her face is unmistakable.  People are divided on what to think of her look with no middle ground:  she was either one of the most beautiful women who ever lived, or, well, the opposite of that.  Over the years Frida has become an icon, and like so many famous people others have ascribed things to her that weren’t really true or have co-opted her likeness for their own purposes.  I have to smile when I think about, for example, when I was down in Brazil in 2009 and I saw a large colorful banner of a unibrowed Frida staked out on the beach at Buzios to mark the place where a Frida admiration society was supposed to have a meet-up (yes, I did go up to them and ask).  Frida’s image appears everywhere, and as a dealer of arts and crafts I have trafficked in Frida merchandise for 15 years, selling objects with her likeness on them pretty much every day.  Today, for instance, I sold a jewelry box with a decoupage of Frida on the lid of the box (being shipped to Illinois, I believe) made by an anonymous crafter from Mexico.  I don’t know who makes a lot of the stuff that I get in or purchase on my buying trips.  From the small villages to the folk art galleries in the larger cities of Mexico, you can always find Frida’s familiar gaze staring right at you in one form or another.
In the summer of 2010 I checked my eBay listings, which usually number to about 2,000, and I saw that a number of them were missing.  I thought it was strange and was a little concerned because eBay almost never gets hacked.  I didn’t think too much of this until I pulled up my Juno inbox and saw several emails that explained everything.  There were a few emails from eBay saying that the missing items were pulled because of copyright violations and that I would not have my fees refunded for these listings.  There were some other vague threats that eBay made and I was hit with a three month “probationary period” that didn’t amount to much.  I was a little concerned that all of this was happening to me without first having an explanation or without someone asking me to elaborate on whatever issue they had with me.  Then I opened an email from an attorney which explained everything.
I was selling items that had copyrighted images of Frida Kahlo on them, and even though I wasn’t actually creating these items I would be sued if I did not stop selling them.  The attorney was representing the elderly daughter of Nikolas Muray, a man who had taken volumes of rich color photographs of Frida during the time he knew her in the 1930s and 1940s.  A huge chunk of his work comes from the time when Frida had her first solo show in New York in 1938.  The images from that shoot are iconic and easily recognizable.  They are everywhere.  I sent an apologetic letter to the attorneys and told them that I would comply with what they asked.  I further explained that I was not making any of these crafts myself and that if they were going to try to crack down on copyright infringement they would have a long haul ahead of them, as so many people slap Frida’s face on everything from crosses to flower pots.  I also went a step further and told them that since I do actually do a lot of the buying for my business myself and interact with legions of crafters from around the hemisphere that I would be happy to help out Muray’s estate and let people know they should stop using these images.  What happened after this was quite unexpected.
The next email I received was from the photographer’s daughter who wanted to thank me personally for doing the right thing and to spread the word.  She lives in a small town in Utah and besides Social Security she makes her living off of the royalties of her father’s work.  I told her that I would do everything I could do to help her.  We sent a few volleys of friendly emails back and forth and she eventually sent me a signed copy of a collection of her father’s photos and letters from Frida titled I Will Never Forget You:  Frida Kahlo and Nikolas Muray.  I treasure the book not only because it was a gift but because it represents to me how a potentially adversarial situation can be turned around and changed to a win-win.
I will end this post by keeping my promise and by asking people who are using these images in their work to please refrain from doing so.  There are many Frida Kahlo images and paintings that are in the public domain and can be used in crafts without violating copyright.  There is a woman in Utah who will really appreciate your honoring the legacy of her father.
Posted by All Things Sueños at 10:07 PM